Plane Crash in the Delaware River

On 6/28/2014 at 10:46 hours, the NCC Fireboard dispatched a box alarm for a plane crash at the NCC Airport. At 10:52 hours additional information provided now advised that the plane went down @5 miles southeast of the NCC Airport. Fireboard then upgraded the dispatch and added the Marine Rescue Companies on the Delaware River. 29 Marine 1 made the response and started a search pattern north of the C&D canal. Trooper 4 arrived on scene and located the plane on the New Jersey side of the river in the marsh in the area of Fort Mott State Park. Trooper 4 advised that both occupants were out of the plane. Due to the Marsh location, the Marine Rescue Companies were not able to access the crash site. Trooper 4 hovered over the plane and removed the occupants one at a time, taking them to a staging area in Fort Mott. EMS units from Pennsville assessed both subjects, who both refused treatment. 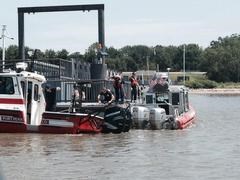 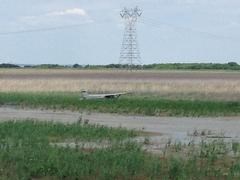 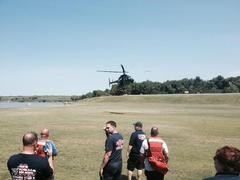